Pretty Much The Best Comedy Show at Capital Repertory Theatre

Well, 2016 has proven to be one heck of a ride. Send it out in style, with laughter, when Pretty Much the Best Comedy Show hits Capital Repertory Theatre for a New Year’s Eve celebration that you won’t soon forget.

Join Joe List, Chris Lamberth and Greg Stone as they mock out the old and mirth in the new for 2017.

Joe List, a regular at Manhattan haunts like the Comedy Cellar, Caroline’s on Broadway and Stand-Up New York has been featured nationally on Last Comic Standing, Comedy Central’s The Half Hour, AXS TV’s Gotham Comedy Live. He’s made the rounds of Montreal’s Just for Laughs Festival as well as the Vancouver and Oslo Comedy Festivals and regularly opens performances for Louis C.K.

Chris Lamberth, also based in New York, is an actor and comedian who has toured nationally with Chris Hardwick and has shared stages with a variety of headliners including Bill Burr, Trevor Noah, D.L. Hughley, Marc Maron, Maria Bamford, Maronzio Vance, Craig Robinson and Wyatt Cenac. He has related his unique and hilarious stories about growing up in a stable family, meeting Spike Lee and more on Gotham Comedy Live; his comedic acting has featured in the web series Co-Operation; and he has also been seen on the MTV series Bugging Out.

Greg Stone isn’t just about the punch line. He’s a storyteller; calm, cool and hilarious. He artfully weaves long tales that pay off with pithy comments about the crazy state of the world today. Stone has been featured on America’s Got Talent and Gotham Comedy Live, and has been heard on Sirius XM’s Bennington show.

Pretty Much the Best Comedy Show includes a feature act, a host and a guest comedian to make up nearly 2 hours of comedy entertainment on theREP’s legendary stage.

Pretty Much the Best Comedy Show at Capital Repertory Theatre is sponsored by DeCrescente Distributing Co. 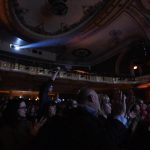 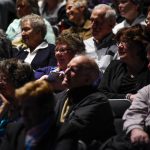