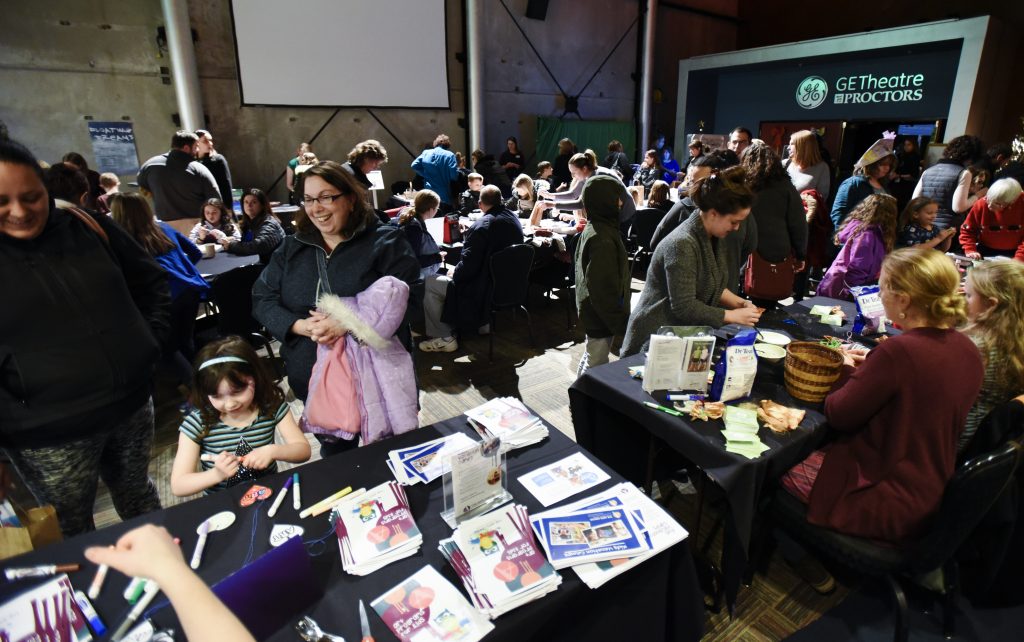 A night of Broadway magic for the whole family

Kids in pirate hats carrying bags of goodies filled the atrium and G.E. Theatre during the first Kids’ Night on Broadway at Proctors. The event was part of a nation-wide initiative to introduce kids to the magic of Broadway.

“For a lot of children this might have been the first time they’ve ever seen a show,” said Heather Rutski, who co-organized the event at Proctors.

Free arts and crafts and other show-themed activities  give kids a chance to get excited about the show and use up some of their energy before sitting down to a fun evening of theatre.

The promotion also helps make a night out for the family more affordable with a promotion to get a free kids ticket with the purchase of an adult ticket using a code at the time of purchase.

“Our first Kids’ Night on Broadway was a huge success,” Rutski said. “We can’t wait to do more.”

Join in the next Kids’ Night on Broadway at  On Your Feet! on Wednesday, March 30. Children and families filled the GE Theatre and Robb Alley making arts and crafts, learning dances, having their faces painted and more during the first Kids Night on Broadway at Proctors before Finding Neverland Wednesday, December 6, 2017. 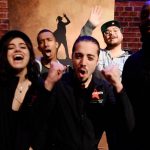 Go behind the scenes with members of the cast of Spamilton, the hilarious show running through Nov. 2 at Proctors. Click here for tickets and details. ... Read More