What was the first show you saw at Proctors?

Were there dancing newsboys or Elizabethans with writer’s block? Whatever the plot, Proctors brings new Broadway shows to Schenectady each year. What you may not know is that some of these shows started their national tours here.

A national tour can’t make its way around the country until it’s been through tech. Teching, or a technical rehearsal, is when a show brings together its designers, technicians and cast to figure out how a show is going to work. They figure out details like how the light hits a costume or how a set piece moves.

Proctors Operations Director Dan Sheehan explains, “being one of the few teching theatres in the Northeast has brought Proctors into the national spotlight and helped foster relationships with producers.”

The shows also help the local economy, bringing in crew members who stay in the area for weeks and support local businesses. Sheehan also says “the Proctors crew is close like a family and it’s great to get them involved in such big projects.”

Proctors mission states, “Through arts and community leadership be a catalyst for excellence in education.”1

Christine Sheehan, Director of the School of the Performing Arts, describes how putting shows on the road helps that mission.

“Proctors offers students in the Capital Region the opportunity to learn about theatre production. With Broadway Tech, students come in once a week during a technical rehearsal to discuss the industry with professionals, experience the situation first hand and learn about the variety of jobs available to them in the industry.”

Recently, a partnership between Proctors TheatreTECH program and New York Stage Originals gave students a chance to participate in the production of a new off-Broadway show, Young Dr. Jekyll. Students were involved in the entire process, working with the creative team to build sets, organize lights and design costumes.2

Audiences in the Capital Region get to experience these touring productions before they hit the road. The Color Purple, which launched in October 2017, is still touring. Something Rotten which launched in January 2017 will be starting its second national tour in September. After Anastasia’s run in Schenectady, the show will travel across the country for 11 months.

Proctors looks forward to more seasons of teching, bringing new shows to Schenectady and new opportunities for the community. To find out more about Anastasia, click here. 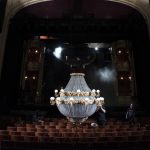 The Phantom takes over 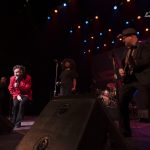 The Eddies is a celebration of all things music in the Capital Region. It was an incredible night, and we can’t wait to do it again next year! Browse and download photos from the night, see who won and tell us what we can do better next year at theeddiesawards.com ... Read More 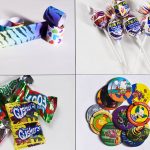