SCHENECTADY, N.Y.—APRIL 26, 2018—In addition to its groundbreaking Broadway Campand its already robust slate of lessons and workshops, the School of the Performing Arts at Proctors is expanding its summer opportunities in Schenectady, as well as Capital Repertory Theatre in Albany, adding classes in dance, animation and acting.

This year’s Broadway Campwill feature students working on all aspects of the Elton John & Tim Rice classicAida, from acting and building sets to playing in the orchestra, culminating in performances, Aug. 3–4. Applications for the production team are due May 18; musician auditions are June 6–7.

New acting options for young people include Acting for the Camera, Non-Musical Actingand Improv and Theatrical Clowning. Hip Hop Dancebrings a modern edge, serving as a corollary to Broadway Dance. And great cinematic offerings like Reel Adventuresand Filmmaking Academyare augmented by the region’s only Stop Animationclass.

“We are invested in education and in expanding training to feed the region’s creative economy,” says Proctors Creative Workforce Manager Grace Janiszewski. “With these classes, students learn and earn real world skills that will serve them as they pursue further education and employment in the arts.”

The list of summer classes offered by the School of the Performing Arts at Proctors includes:

Registration for all programs is available at 518.382.3884 ext. 139. Financial assistance and payment plans available.

Workforce development programs at Proctors are administered in partnership with SEFCU. 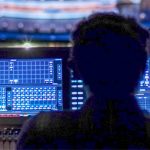